A report by our on site reporter Garry, who played in the 1st Jersey Congress, played from the 18th to the 20th of March 2011.
Garry timed his move to Jersey perfectly to coincide with the 1st Jersey annual weekend congress on 18th-20th March (there used to be an annual tournament every year in Jersey, however this was withdrawn in recent years due to lack of sponsorship). The tournament was 'the one that got away' for Garry as he finished with 2/6. in a strong field where 2 of the 1900 players scored 1 point between them and a couple of strong English juniors participated, however Garry felt he really threw 1.5 points away over 2 of his matches. This is definitely a tournament Garry would recommend as although the venue may change, the island is a beautiful place to visit with much to see. The tournament is not FIDE rated (it was going to be originally but this was changed at the last minute) although may be iFIDE rated n future (FIDE ratings if known in brackets below). Some lovely pics of the views outside the venue attached.

Garry lost in the 1st round to Marcin Mazurkiewicz(2005), who is currently looking likely to finish 2nd in a strong Jersey 1st Division. In the 2nd round he managed to draw with Black against Tito Khan(2152), who Garry had lost to twice previously with Black in Inter-Insular matches against Jersey playing for Guernsey. Tito missed a win in time trouble, however Garry was slightly better in the final position, though winning chances were minimal with a Queen, a bishop and 3 pawns each so Tito's offer of a draw was accepted. After being exhausted from his exertions against Tito on the Saturday morning, Garry lost a technically drawn R+P position against Marc Shaw(2019) with White and then drew with Chris Hill (1785) with Black in the Sat evening match, where not once pawn or piece was exchanged!

Sunday morning Garry was determined to win at least one of his two games and in trying to win both, lost one. Garry beat Richard Dulley (1920) in the morning with White, where although he blundered the exchange, he already had a massive kingside attack, which ended up with mate. Garry lost to Graham Boxall (1993) with Black in the last round on time when completely winning on the board. Garry will be aiming to score more points in the 2nd Jersey Congress in 2012 and also hoping not to have 4 Blacks and 2 Whites next time around!
A few pics taken by Garry, he should invest in a new DSLR for better indoor pics. Sorry about the dark pic. 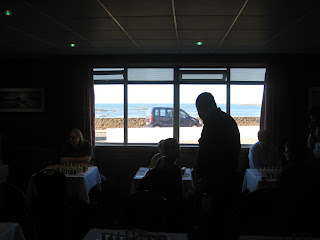 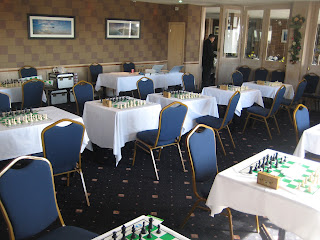 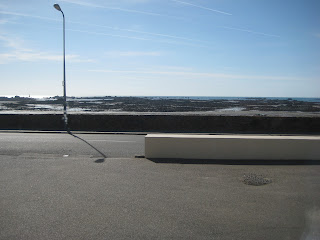 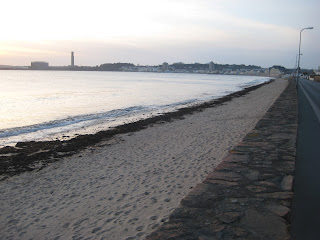 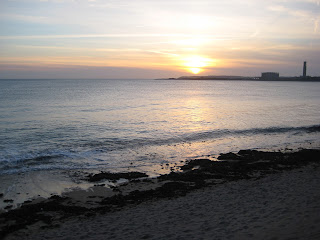 Sea, sunsets and chess, what more do you want? 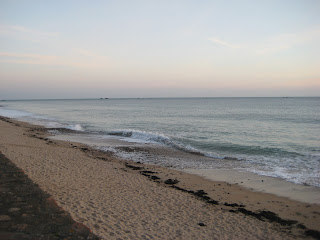 Great location for families, pity they don't do this in the summer months.
Posted by dunfermlinechess at 11:30