The final round of the SNCL was played at the Glen Pavilion, Dunfermline on the 27/03/2011. Some pics and a short vid from the event can be seen below.

The Kingdom Knights were already promoted from div three and their last round was of no importance for promotion and demotions. As a result key Knights players decided to have a rest. Despite Dundee City B defaulting board five, they still won 3-2. Peter Horne did really well on board three to score a draw against a much stronger opponent. On board two I got hammered by a very strong player, while Gary did well to draw on board one. Our board four battled away to no avail.

A slightly weaker Kingdom Kings achieved a third place finish in div one after losing to the second team Dundee City A 4-1.

Cumbernauld just managed to hold onto their first div status by losing 3.5 to 1.5 to East Kilbride. If East Kilbride had scored one more game point they would have swapped relegation places with Cumbernauld. A relief for them I am sure.

In div two Forth Valley completed a clean sweep of 7/7 by beating Hamilton B and are joining Kingdom Kings and Cumbernauld in div one next year.

The team lightning tournament that was cancelled due to snow was rescheduled for the afternoon after round seven. A tough tournament for Dunfermline. We did slightly too well in qualifying and ended up in the top section. We all had to face good player after good player and it was relentless. On the bright side I did get a win with black against David Patrick, a 2170 player. Five minutes seems to go so quickly. 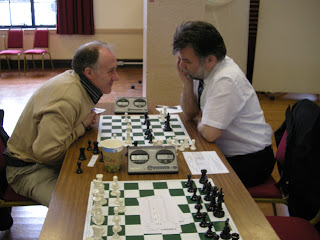 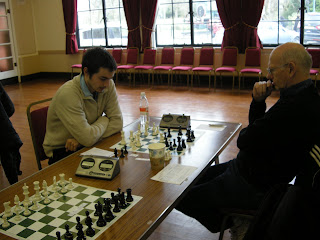 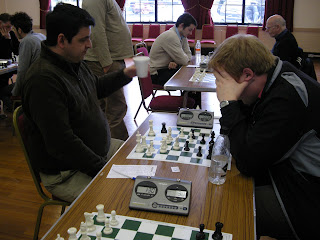 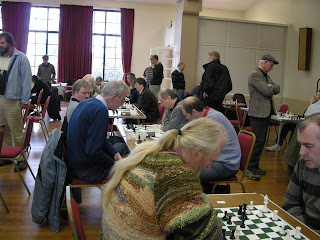 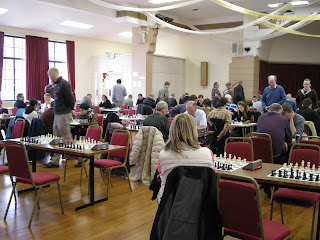 SNCL round seven
Div One