The Scottish National Chess League kicked off on Sunday October the 31st 2010. The Central League teams taking part are the Kingdom Kings and Cumbernauld in division one. Forth Valley in division two and Kingdom Knights in division three.

I can only comment on the Knights, as this was the team that I played for.

It is Halloween and the Knights were handed a nightmare round one draw in the 3rd division against Edinburgh Uni. This team is stronger than most of the 1st div teams and would beat most teams in all four leagues. The Kingdom Knights lost on boards 1-4. Charlie Stewart played well on board five and turned his game around to score a draw. This saved us from a whitewash. Stewart Blyth also turned his game around on board 3, only to blow it in time trouble.

Round two was a much more straightforward affair, against the Ayrshire Armageddon. Previously called Prestwick, it seems that this team has suffered Armageddon and come back a much weaker team. I started things off with a quick draw on board two and left early, so missed the rest of the story. However, I am told that by the time Gary blew a won position on board one, the Knights were already three points to one up. So a much needed 3-2 victory for the Knights. A scoreline which flattered our opponents, as a 4.5-0.5 Knights victory looked on the cards for quite a while.

Results for the teams are posted at the bottom of this post.. 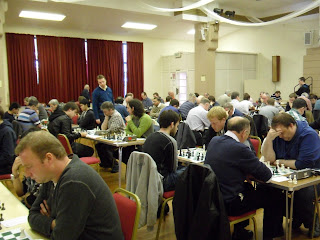 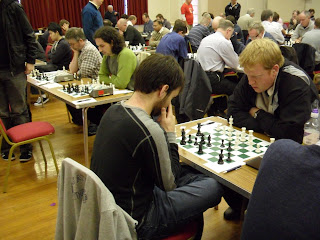 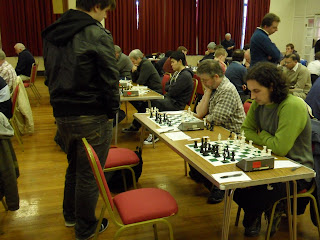 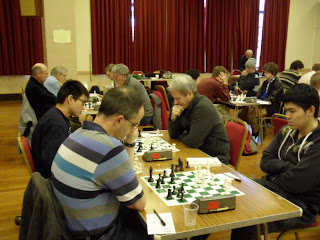 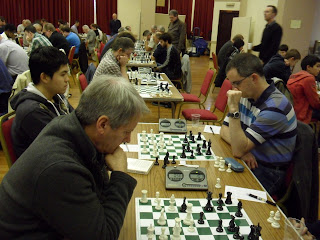 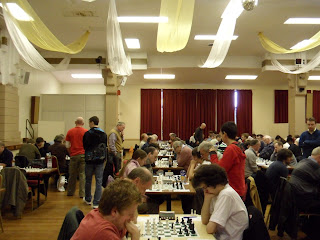 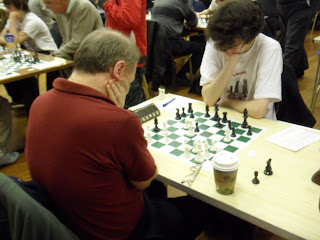 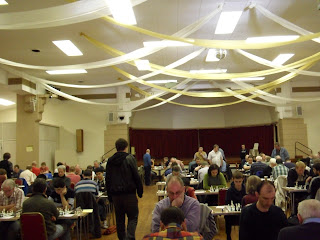 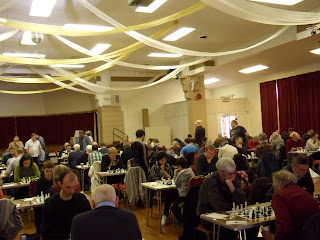 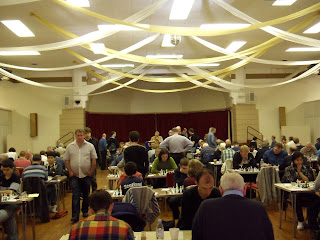